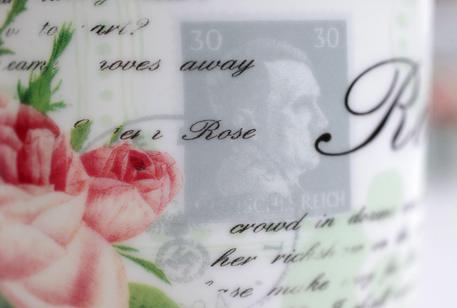 (ANSA) - Berlin, April 11 - A German furniture store has apologized for selling Chinese-made mugs featuring an image of Adolf Hitler and has offered a 20-euro voucher to customers who will bring back the mugs, which were originally sold for 1.99 euros,reports said Friday.
The Zurbrueggen store claimed nobody had noticed the image of a Nazi-era stamp with Hitler's profile on the mug, which also features a rose and poetry in English.
The chain reportedly ordered 5,000 cups of which 175 were sold before anyone recognized Hitler's profile on the mug.
The store said it destroyed the other cups.