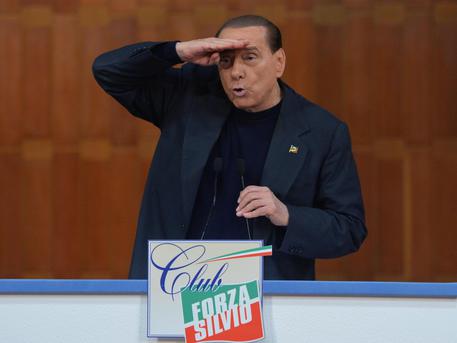 (see related) (ANSA) - Milan, April 11 - If a Milan court were to order Silvio Berlusconi to serve a 10-month sentence for tax fraud by doing community service, the ex-premier and leader of the center-right opposition Forza Italia party would likely be free to be out and about from 8 am until 11 pm, judicial sources said Friday.
The sources said that in "standard" cases in which a convict is ordered to serve a sentence doing community services, rather than under house arrest, judges give few limits to freedom of movement and action and Berlusconi would probably only need to seek permission to leave the Lombardy region around Milan or neighboring regions.
A court sets limits according to specific cases, the sources said.
Both the prosecution and defence have applied for community service and the Milan court is expected to rule on the case within the next two weeks.
Berlusconi's most pressing concern is to be allowed to campaign for Forza Italia before May 25 European elections, a key test for his party - something which the court's ruling could facilitate or make virtually impossible.