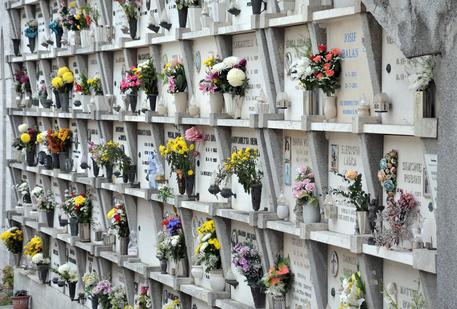 (ANSA) - Genoa, April 9 - Citizens hard-hit in the aftermath of Italy's longest postwar recession are having trouble paying for their funerals, Genoa's publicly owned funeral home ASEF said Wednesday.
ASEF is still owed some 500,000 euros on turnover over 10 million euros in 2013, when 9,260 funerals were held in the northwestern city, down from 9,383 the previous year.
Of the 2013 ceremonies, 36.16% were celebrated by ASEF, the company said.
Problems began in 2007, when the economic downturn first made itself felt and some 50,000 euros' worth of funeral services were left unpaid, according to ASEF.
"The rise in outstanding debts is a testimony to the difficulty families face," ASEF chief Franco Rossetti told a city council commission.