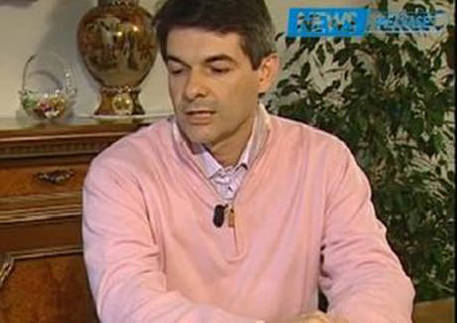 (ANSA) - Milan, April 9 - A Milan court on Wednesday sentenced a former thoracic surgeon to life in prison for first-degree murder in the deaths of four elderly patients.
Police arrested the former head of Milan's Santa Rita Clinic, Pier Paolo Brega Massone, after the sentencing.
The former surgeon "has an evil nature" and "did not hesitate" to perform some 90 unnecessary surgeries with utter lack of compassion for others, prosecutor Grazia Pradella said in requesting the life sentence.
In October 2010, Brega Massone was sentenced in a previous trial to 15-and-a-half years in prison on the charges while his assistants, Fabio Pietro Presicci and Marco Pansera, were sentenced to 10 years, and six years and nine months respectively.
The scandal surrounding the Santa Rita Clinic - dubbed the ''clinic of horrors'' by Italian media - broke in May 2008, when Brega Massone and Presicci were jailed on murder charges.
Eleven other doctors and the owner of the clinic were, at the time, placed under house arrest for their role in performing superfluous and lucrative operations, including on some terminally ill patients.
In rejecting his plea to avoid preventive custody, the Court of Cassation said in 2009 that Brega Massone was "fully aware" of the risks involved in carrying out the unnecessary operations and did so for "no other reason than making a profit".
The court had said he should remain in jail while awaiting trial, stressing that he had "decreed the patients' deaths" with his conduct.
Among the operations performed was the removal of a lung, which allegedly caused the patient to die.
Another alleged murder case, investigators said, was that of an elderly woman who could have been saved by having a tumour wholly removed but instead underwent three separate operations, which fatally weakened her while lining doctors' pockets.
At least two women, including a 19-year-old, were subjected to mastectomies for simple cysts as part of what prosecutors said was an ongoing ''system'' set up to claim reimbursements from the State health fund.
Brega Massone claimed in 2010 that he ''always thought of the well-being of the patient and acted according to protocol and conscience''.
He said he was ''the scapegoat'' for the broader situation in Milan's public health system.