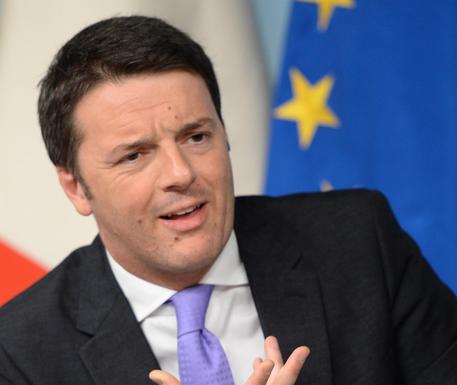 (ANSA) - Rome, April 9 - Public-sector managers who try the private sector after a new salary cap will not be missed, Premier Matteo Renzi said Wednesday. He said it was "sacrosanct" to cap salaries at the 238,000 euros that President Giorgio Napolitano gets. The fattest government-employed cats get three or four times that. "Go private, we'll live with it," he said.
Rail chief Mauro Moretti recently caused a storm by threatening to quit and offer his services to a private company if his salary of 873,666 euros a year is curtailed.
Moretti said lower pay for the highest-flying civil servants would force them into the private sector, prompting critics of his stewardship of Italy's troubled railway system to say "good riddance, let's see what he gets".
The Ferrovie dello Stato CEO added that he was counting on Renzi's promise to carry out the pay review "reasonably".
Some public servants get more than Moretti.
Giovanni Giorgio Tempini, CEO of government saving and loan trust Cassa Depositi e Prestiti takes home 1.035 million euros every year.
Heads of public-private behemoths which are on the stock market, such as fuels group Eni chief Paolo Scaroni and power group Enel boss Fulvio Conti, are paid in the millions of euros.
Renzi has said he would also like to trim their pay, but not as much, acknowledging that market-driven salaries are more acceptable in the private sector.
Their pay should be more performance-linked, he said.