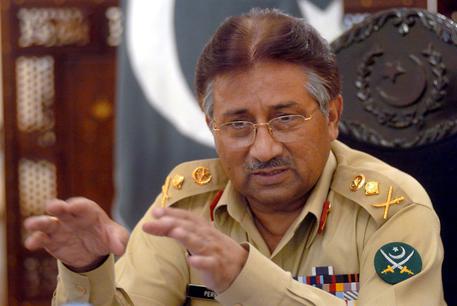 (ANSA) - Islamabad, April 3 - Pakistan's former military ruler Pervez Musharraf escaped an attack on his convoy early Thursday, police sources report. Musharaff was travelling from a military hospital in Rawalpindi where he had been receiving treatment for a heart condition to his villa on the outskirts of Islamabad at the time of the attack.
A bomb hidden in a pipe under a bridge reportedly exploded 20 minutes before the ex president was due to pass.
No casualties were reported in the blast. Musharraf, who survived numerous assassination attempts during his time in power, is on trial for treason for suspending the constitution and imposing emergency rule in 2007.
He was admitted to hospital for observation at the start of the year.