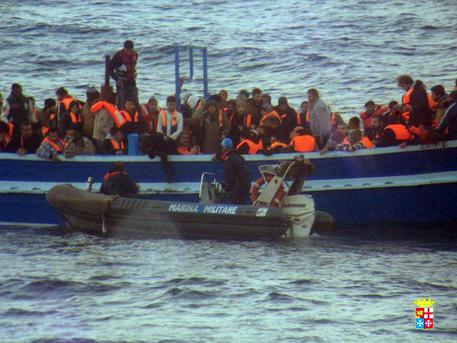 (ANSA) - Palermo, April 3 - Interior Minister Angelino Alfano told a convention in Palermo Thursday that the Italian government had information that "there are between 300,000 and 600,000 people in North Africa waiting to cross the Mediterranean". Tens of thousands of migrants arrive in Italy from North Africa every year and many others die attempting the crossing in often rickety vessels.
In October around 400 people died in two separate migrant-boat disasters near to the Sicilian island of Lampedusa, which is often the migrants' first port of call.
"We'll fight to ensure that Europe defends its border," added Alfano. Italy has complained that it has not received enough support from the European Union to cope with the arrival of migrants.