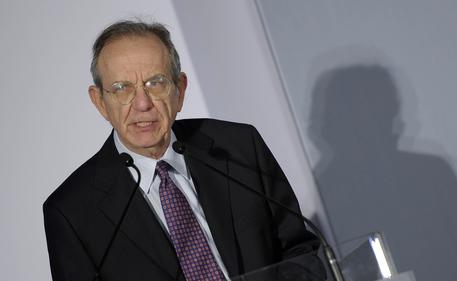 (See related) (ANSA) - Rome, April 2 - With many pensioners living on very low incomes, the government should consider boosting taxes on high-income earners, rather than pension cuts, to ensure greater income equity, consumer group Codacons.
The group's statement came after a new report showed that just over seven million Italian retirees - 42.6% of the total of 16.6 million - drew pensions of under 1,000 euros a month in 2012. At the other end of the scale in the eurozone's third-largest economy, 1.3%, or 210,000 people, had pensions of over 5,000 euros a month in 2012, national statistics agency Istat said. And at the very top, 11,683 - 0.1% of the total - had so-called golden State pensions of more than 10,000 euros a month.
Codacons said that the figures show pensioners are too often living at poverty levels, unable to make ends meet, and must not be put at risk of possible cuts.
"It is the elderly who live in hardship and sacrifice," said Codacons.
Earlier in the day, Economy Minister Pier Carlo Padoan said discussions on the future of pensions in Italy are planned but cuts are not being considered.