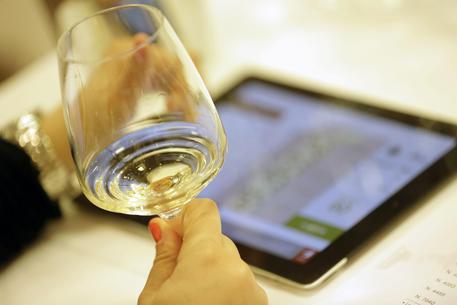 (ANSA) - Milan, April 2 - One of the biggest challenges facing "Made in Italy" brands - whether in fashion, food or any other category - is finding ways to muscle into foreign markets and face off increasingly tougher competition from abroad.
One solution, at least in the wine industry, is for various producers to group together.
Italia del Vino, a leading, private consortium grouping together 11 of the country's top producers, is taking that path, setting it apart from many of Italy's often small, family-run firms. Founded in 2009, Italia del Vino's members - Banfi, Cantine Ferrari Fratelli Lunelli, Casa Vinicola Sartori, Casa Vinicola Zonin, Fratelli Gancia, Gruppo Italiano Vini, Librandi Antonio e Nicodemo, Marchesi di Barolo, Medici Ermete & Figli, Santa Margherita, Società Agricola Drei Donà and Terredora - accounted for some 905 million euros in total turnover in 2012. Together they exported about 400 million euros in wines, accounting for some 10% of Italy's total wine exports and representing about 44% of total Italian wine turnover. The participating firms employ some 2,000 workers and represent all of Italy's wine regions - from Piedmont to Sicily.
During a presentation to the foreign press corps in Milan on Friday, Ettore Nicoletto, the consortium's president as well as chief executive of Santa Margherita, said Italy's wine exports are performing strongly: in 2013, sales abroad grew 8% on 2012, to 5.1 billion euros. Nicoletto added that between 2005 and 2013, exports registered a 6% compound annual growth rate and said they are expected to grow by 9% a year over the next four years, reaching seven billion euros by 2017 - "an important milestone, for they will have reached the current value of French exports, further reducing the gap between the two country's wine industries".
A key part of the consortium's strategy is to tackle the Chinese market, which Nicoletto said has replaced the United States as the world's largest consumer of red wine. According to Stefano Silenzi, marketing director of Casa Vinicola Zonin, by 2020 China will have overtaken the United States as the overall largest wine market in the world.
Italian wines have some key advantages over other competitors as they try to crack the Chinese market, including that they are "very drinkable and food-friendly," Nicoletto pointed out. Also, Italy is the world leader in bottling technology, supplying many Chinese wine producers.