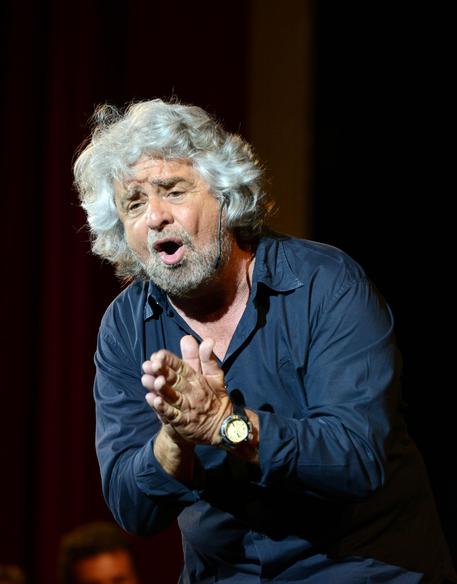 (ANSA) - Catania, April 2 - Beppe Grillo, leader of the anti-establishment 5-Star Movement (M5S), went on the attack Wednesday against Italian Premier Matteo Renzi during his party's campaign for European elections.
"It's easy for people to vote for Renzi," said Grillo, a former comedian, as he began a tour ahead of next month's elections to the European Parliament in which euroskeptic parties such as his are expected to do well.
"If you are not intelligent, honest and democratic, vote for him (Renzi)," said Grillo, who opened the M5S campaign in the southern city of Catania one day after publishing a list of the party's first 20 candidates on his popular blog.
The candidates were chosen from a pool of 5,091 aspiring candidates in online voting by 35,188 M5S supporters casting 92,877 preferences.
Grillo brushed off internal dissent from some M5S members, including Parma Mayor Federico Piazzrotti who raised questions about the way Grillo selected his party's candidates for the May 25 elections.
Grillo suggested if dissenters don't like his approach, they can leave the party.
He also denied comparisons with the far-right National Front political party in France, where leader Marine Le Pen posted a strong showing in local elections last weekend on a wave of discontent with central governments.
"We have a very different matrix," said Grillo, who denied Le Pen's allegations that he "hated" her.