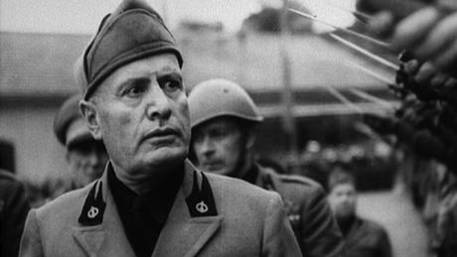 (ANSA) - Turin, April 1 - The Turin city council on Monday voted to strip Fascist dictator Benito Mussolini of his honorary citizenship, which he was granted by royal decree in 1924.
"This was an act of duty, which confirms the city's anti-Fascist identity," said center-left city council member Michele Paolino.
The motion passed with 29 in favor and three against.
The regionalist, anti-immigrant Northern League abstained, but asked that the name of Soviet Union Avenue, one of Turin's main throughways, be changed.
"Mussolini was responsible for quashing civil, political and social liberties and for ethnically and politically motivated torture and assassinations," the approved text said.
"He also made Italy a protagonist of World War II alongside Nazi Germany, with the shameful co-responsibility for the holocaust of 13 million people". The move came ahead of Liberation Day on April 25, a national Italian holiday commemorating the end of World War II and of Nazi occupation of the country. Milan and Turin were the first two cities to be liberated on that day in 1945.
Mussolini was executed three days later.
The measure is also on a continuum with a campaign to renew the city's identity that began in 1946, when entire neighborhoods were renamed in an effort to leave the city's Fascist past behind.
"There are more urgent issues that require our attention," the Northern League argued during the motion debate.
"The city council has given itself the luxury of tackling a completely superfluous issue," added former premier Silvio Berlusconi's center-right Forza Italia party.