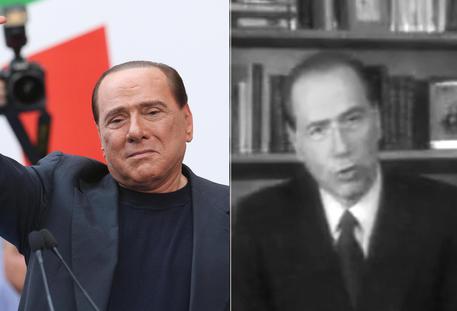 (ANSA) - Milan, March 31 - A Milan appeals court on Monday ruled that a charge against ex-premier Silvio Berlusconi for involvement in the publication of an illegally obtained wiretap in his brother's newspaper has timed out.
Berlusconi had been sentenced to one year in jail last March by a lower court over the case, which concerned the publication of an illegally obtained wiretap in his brother Paolo's conservative newspaper Il Giornale. The lower court explained last June that it found that Silvio Berlusconi had a decisive role in the publication of the wiretap.
It concerned a conversation in 2005 between one of Berlusconi's political opponents, Piero Fassino, who was at that time the head of the former centre-left Democratic Left (DS) party, and Giovanni Consorte, the former chairman of Unipol, an association of insurers historically linked to the DS, the heir to Italy's Communist Party.
At the time Unipol came close to taking over one of Italy's leading banks, Banca Nazionale del Lavoro (BNL), and Fassino was recorded as saying "we have a bank!".
Fassino, now mayor of Turin, was widely criticised for the comment, especially among the rank and file of the DS, which has since turned into a larger centre-left group, the Democratic Party.
The lower court explained last year its decision, saying that without Berlusconi's "support in terms of moral complicity...the publication would not have taken place".
It added that centre-right leader Berlusconi had clear political motives to give a green light to the publication late in 2005, months before the 2006 general election that his alliance narrowly lost to Romano Prodi's centre left.
In Italy, prison sentences for non-violent crimes do not usually become effective until the two-tier appeals system has been exhausted. The appeals court said Monday that it would release its full reasons for the decision within the next 30 days.
It also dismissed charges against Paolo Berlusconi, who had been sentenced to two years and three months, but upheld an 80,000 euro compensation award for Fassino.
The brothers Berlusconi have always denied any wrongdoing.