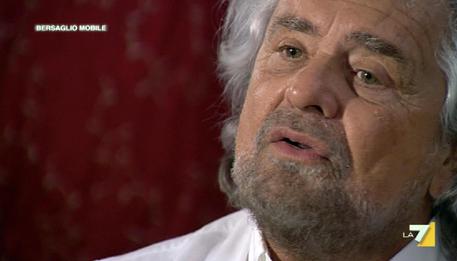 (ANSA) - Rome, March 28 - The leader of the anti-establishment 5-Star Movement (M5S) Beppe Grillo lashed out at US President Barack Obama on Friday for coming to Italy this week to allegedly "sell shale" and the F-35 fighter jet. "He is here to smuggle in his economy and we are all silent," wrote the prolific blogger. "Obama is in Italy and goes to the pope to take two photos. He comes here because he is concerned about the reduction of military spending on our F-35s".
Italian spending on the multi-billion-euro F-35 program has been frozen, pending a parliamentary review of military spending. In 2012, Italy announced plans to cut its order with US-based Lockheed Martin to 90 from the 131 jets originally agreed in 2002, saving the country some five billion euros at that time.
The comedian-turned-politician then accused Obama, who was in Rome Thursday after summits in Brussels, of "selling his shale gas that he discovered is a nearly 100-year supply and one of the largest deposits in the world".
Speaking in Brussels Wednesday, Obama announced he had authorized the export of American natural gas to Europe, lessening the continent's dependence on Russian energy. In his blog post, Grillo went on to reiterate his overall discontent with Italian parliament and politicians, and called on supporters to turn out in large numbers during European Parliament elections on May 25, when Euroskeptic parties like his are expected to do well. "Parliament shall promote its lies, along with its newspapers and television channels. Rise up. I want you there," said Grillo.