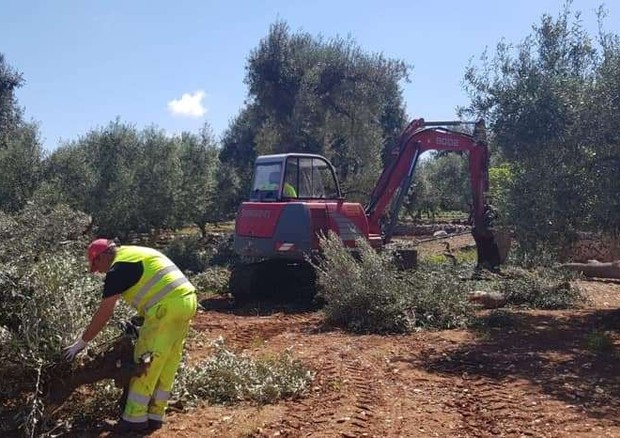 The strain of the Xylella fastidiosa plant pathogen found in mainland Spain does not kill olive trees, studies have confirmed.
Research discussed during the final conference of the XF-ACTORS Project showed that the variant that severely damaged almond trees in the Alicante province of Eastern Spain is not dangerous for olive trees.
XF-ACTORS is the first EU-funded research project entirely devoted to Xylella fastidiosa.
The Xylella fastidiosa pauca subspecies detected in Puglia "is the most dangerous" among those found in Europe, in particular for olive trees, said Brazilian expert Helvecio Della Coletta-Filho.
Laboratory data discussed at the conference confirmed that the Puglia variant, called De Donno is more effective than others in clogging the vessels that carry raw sap from the roots to the leaves, causing the desiccation of infected olive plants.