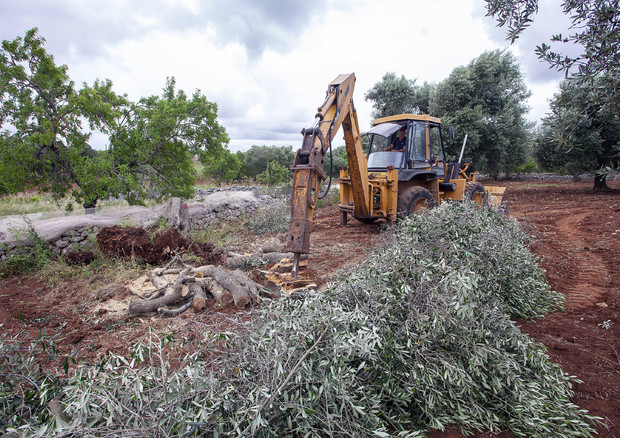 Xylella, the control of the territories © ANSA

The meadow spittlebug can transmit the Xylella fastidiosa bacterium from diseased olive trees to healthy ones throughout its whole adult life, from spring to autumn, according to research.
The results were presented at the final conference of the EU-funded XF-ACTORS project, which was entirely dedicated to Xylella fastidiosa.
In early summer, the cicada seems to be less efficient in transmission but is present in large numbers on plants, while in autumn it is more efficient but less attracted to olive trees, the University of Turin and CNR researcher Domenico Bosco explained.
This data, Bosco said, can help create models for predicting the spread of the bacterium.
"The results also suggest the program of interventions for the control of the bacterium population should be reconsidered," commented XF-ACTORS Coordinator Maria Saponari.
"This is currently limited to spring and summer. Monitoring the presence of the insect on the olive canopy should also be done in late summer-early autumn in order to evaluate the need for further interventions".
XF-ACTORS scientists conducted in-depth studies on the role of insects in the spread of the bacterium.