Bending Spoons, the biggest European iOS app developer and among the top ten in the world, has just launched a competition to select the 20 best Computer Science and Software Engineering students in Europe. Winners will be invited to a three-day, all-expenses-paid event in Milan from July 31 to August 2.

The competition, First Ascent International, is now at its second edition and this year is open to all European students, including Russian and Turkish ones. Past editions have seen students from 13 countries gather in Milan and enjoy talks by renowned professors.

The selection opened on January 15 and applications will be accepted until February 23.

The winners will be invited to attend a networking event in Milan on July 31, to enjoy an interesting agenda, including workshops and sightseeing.
Bending Spoons, which has been recently appointed the best place to work in Italy by the Great Place to Work Institute, aims to show the opportunities in the tech sector that the city of Milan has to offer.

“Milan is a great city for the tech sector,” says a spokesperson from the company. “It is growing fast and opportunities are on the rise. The international community living in the city is dynamic. It’s a great place to live.”

Bending Spoons.
Bending Spoons was founded in 2013 in Copenhagen. It’s among the top iOS app developers in the world. It employs about 150 people among software engineers, data scientists, designers and marketing specialists coming from several countries. Its headquarters in Milan, where it moved in 2014. The company has been appointed the best place to work in Italy in 2019 and it’s also received separate awards as the best place to work for millenials and for women. 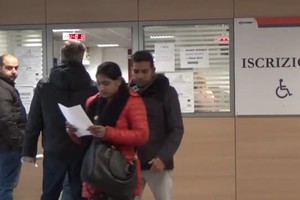