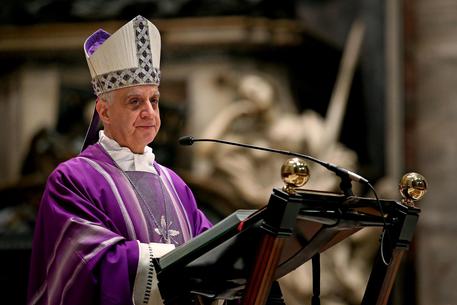 (ANSA) - Vatican City, January 11 - The Vatican has received one million religious pilgrims in the first month of Jubilee year events, according to an article written in Vatican daily Osservatore Romano by Monsignor Rino Fisichella, who was chosen by Pope Francis to direct the Jubilee.
Despite this being a "decentralised" Jubilee, with Holy Doors being opened in Catholic dioceses across the world, Fisichella said Rome is still the "protagonist of the Jubilee". In the article published January 8, the archbishop said the exact number of visitors so far is 1,025,000, and said although the number isn't important in a spiritual dimension, it indicates "an intense participation and a perceived need".
The number seems to refute predictions that Jubilee Year attendance would suffer due to terrorism worries, especially in central areas like the Vatican's "high street", Via della Conciliazione, which connects Castel Sant'Angelo to St. Peter's Square. "The decision by civil authorities to make Via della Conciliazione pedestrian-only during the holidays allowed many people to pour into this area, braving fear and attempts to marginalise public participation," said Fisichella. "The presence of law enforcement has made events safer, and Rome has enjoyed the holidays with due serenity".
Fisichella said the pathway reserved for religious pilgrims is occupied daily by both individuals and groups of faithful who have come with the "Jubilee cross", praying as they advance towards the Holy Door at St. Peter's Basilica.
"It's a moving testimony of faith that doesn't go unnoticed," Fisichella said. The archbishop said Pope Francis wants the Jubilee to help the Catholic Church "rediscover the power of mercy in the daily life of believers".
"It's a concrete commitment to make everyone a visible instrument of mercy towards all".