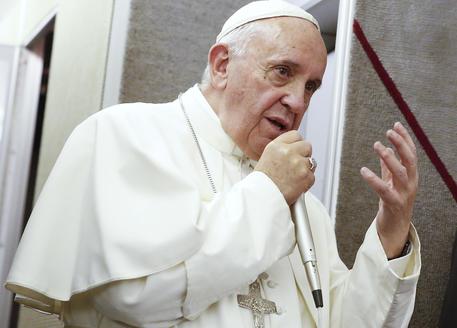 (ANSA) - Tokyo, October 23 - Neurosurgeon Takanori Fukushima told ANSA on Friday that, contrary to recent media reports, he has never treated Pope Francis. "So many falsehoods have been written," he said from his home in Raleigh, NC. "I only met him once and I doubt he remembers me". The leading Japanese surgeon added he was stunned at the "unexpected media overexposure" after a report by Quotidiano Nazionale (QN) daily that the Japanese specialist diagnosed Pope Francis as having a small, treatable brain tumour. The Vatican has vehemently denied the report that the pope has a brain tumour, stressing he is in good health, and rebutted the report that he was examined by Fukushima or any other Japanese doctors. On Wednesday, a doctor who works with Fukushima told ANSA that his visits to the Vatican this year and last were not treatment-related. "Takanori Fukushima's two visits to the Vatican did not have clinical aims," neurosurgeon Gaetano Liberti told ANSA. "If that were not the case I would certainly have known about it because I have worked closely with him for 22 years". QN daily, however, stood by its story. "It took Professor Fukushima three days to deny a report we never made," said QN Editor-in-Chief Andrea Cangini. "Quotidiano Nazionale reported he was called to the Vatican for a consultation...and this certainly does not make him the pope's doctor in attendance".
Also on Friday, Fukushima confirmed to ANSA that as he had written on his blog, he visited the Vatican in October 2014 and in January 2015. Airplane and helicopter travel while there was undertaken "at my expense," he said. His professional mission is to do everything possible to save as many patients as possible, he said. "I also operate on the destitute," he told ANSA. He also said he operated on three prelates, and for this reason he received a blessed papal portrait as a gift from then-pope, Benedict XVI. "Italy is my favorite country in Europe," he said, adding that "during my travels I try to teach new surgery techniques that are less invasive and more useful to patients".
http://popefrancisnewsapp.com/