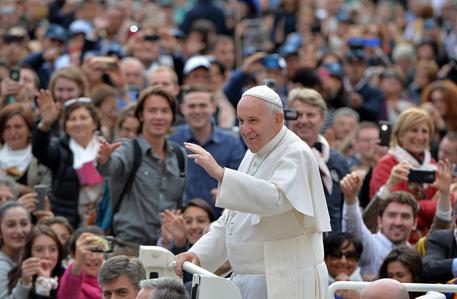 (ANSA) - New York, October 1 - Pope Francis has written Virginia Governor Terry McAuliffe to plead for mercy for convicted serial rapist and killer Alfred Prieto, who is set to be executed by lethal injection on Thursday. This is the third time in two days the pontiff has asked American authorities to refrain from carrying out the death penalty and to commute the sentences to life in prison instead.
On Wednesday, Francis appealed to Oklahoma Governor Mary Fallin to spare the life of Richard Glossip, who was convicted of orchestrating the 1997 murder of his boss Barry Van Treese to cover up a theft.
Commuting his death sentence to life in prison would "give clearer witness to the value and dignity of every person's life," Francis wrote Fallin. Glossip has repeatedly claimed his innocence, saying he was framed.
His execution was postponed to November 6 over doubts about the chemicals to be used for the lethal injection. The Catholic pope also intervened to try to spare the life of Kelly Renee Gissendaner, a mother of two who was executed Wednesday in Georgia for masterminding the murder of her husband in order to cash in on his life insurance.
http://popefrancisnewsapp.com/