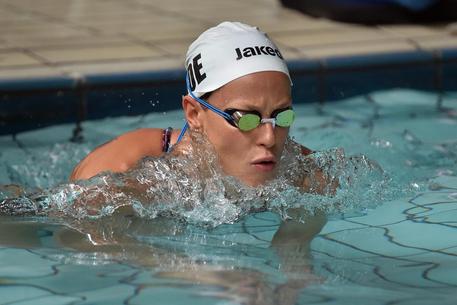 (ANSA) - Naples, June 24 - A few days before the Naples Universiade 2019 starts, some athletes who took part and later went on to become stars in their fields are being remembered. Forty years ago, Pietro Mennea took part in the Mexico City one, achieving 19.72 in the 200 meters, a world record and possibly the best sports performance of an Italian athlete ever.
The record was not touched by such 1980s-90s great as Carl Lewis and Frankie Fredericks and stayed in place until the Atlanta 1996 Olympics when Michael Johnson set a new one. Two years after Mennea, the Universiade saw the arrival of Nadia Comaneci, a Physical Education student in the Romanian capital. She was already an Olympic champion: five years before, at the Montreal Olympics, the jury had given her a 10 on the uneven bars the she was just over age 14. It was her first faultless gymnastics performance, which she would repeat on two occasions at the Moscow 1980 Olympics. When she took part in the Universiade in her home country, the Romanian athlete helped her team bring home five gold medals in both individual and team events. The memory of this remains vivid, she recently told the International University Sports Federation (FISU) on her experience with at the Universiade. It was her last large international performance, she noted, before her life out of the spotlight in Oklahoma, with the only exception being her 1993 entrance into the Hall of Fame. At age 19 at the Bangkok Universiade, the Italian swimmer Federica Pellegrini had already got an Olympic silver medal in the 200 m in Athens, several medals in the Montreal World Cup and the world record in the 200 m world championships in Melbourne, beating that made by her role model - Franziska van Almsick - five years before. In Thailand, at the Universiade, the Venice-native won four medals: gold in the 200 m and the 400, silver in the 800 m and bronze in the women's 4x200.