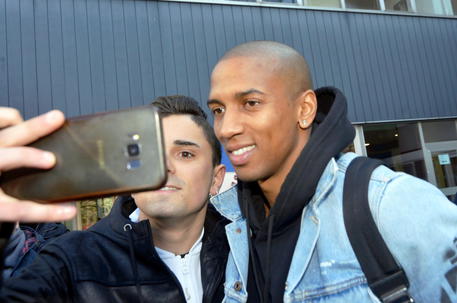 (ANSA) - Milan , January 17 - Inter Milan have signed former England wingback Ashley Young from Manchester United.
The 34-year-old arrived in Milan for a medical Friday.
The former Aston Villa winger is expected to start for the Nerazzurri soon as a key boost to its midfield, which is lacking cover from the bench.
The terms of the deal have not been disclosed.
Inter are also trying to persuade Tottenham Hotspur to release denmark attacking midfielder Christian Eriksen. Young signed for the Red Devils for 19 million pounds in 2011.
Inter was said to have a contract ready for him until 2021.
Young played over 250 times for United.
Man U's coach Ole Gunnar Solskjaer had been playing Brandon Williams or Luke Shaw in his place, leading to the decision not to renew his contract.
At the Meazza, Young will rejoin former Old Trafford clubmates Romelu Lukaku and Alexis Sanchez.
Young played 39 times for England between 2007 and 2018.
He played his last match for his country in July 2018.