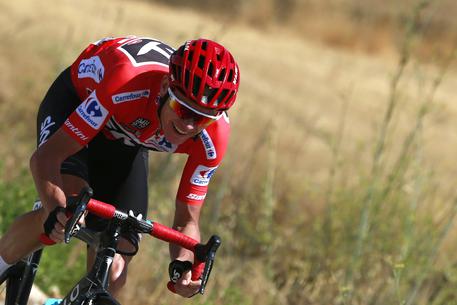 (ANSA) - Rome, December 13 - Italy's Vincenzo Nibali said Wednesday that it was a "not a great day for cycling" after it emerged that Britain's Chris Froome failed a drugs test while on the way to willing the Spain's Vuelta a Espana in September.
"It is not for him either," Nibali, who is training with his Bahrain-Merida team in Croatia, told ANSA.
But the Italian, who came second to Froome in this year's Vuelta, said he was not rushing to any judgements.
"I'm not going to go into the case," said the rider, who has won all three of cycling's grand tours, including the Tour de France in 2014. "I want to wait for the proper conclusions".