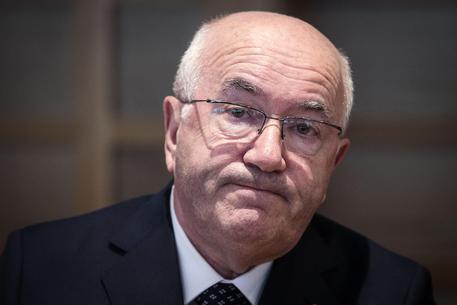 (ANSA) - Paris, August 20 - UEFA on Wednesday opened a probe into an alleged racist slur by new Italian Soccer Federation (FIGC) President Carlo Tavecchio, who said there were some 'banana-eating' players in Serie A. Tavecchio made the alleged remark, for which he has apologised, during his campaign to replace Giancarlo Abete as FIGC chief.
There were calls for him to be disqualified because of it and former integration minister Cecile Kyenge condemned the alleged remark.
Italian soccer has had historic problems with racism and players including Italy star Mario Balotelli have faced monkey chants and thrown bananas.
Starting his new job Monday, Tavecchio said he had apologised for what he described as a "gaffe" and had been instrumental in letting thousands of extra-EU players into the Italian game at all levels.