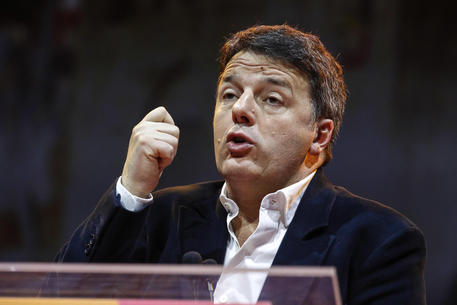 (ANSA) - Rome, February 13 - Matteo Renzi dared Premier Giuseppe Conte to open a government crisis by kicking his Italia Viva (IV) party out of the ruling coalition as a row over changes to the statute of limitations escalated on Thursday. "If Conte wants to open a crisis, he can," Renzi said.
"Mr premier, the ball is in your court. We haven't opened a crisis.
"You can change the ruling majority, premier. "You know how to do it because you've done it in the past.
"If we are in the opposition , you don't have a majority". Italia Viva's (IV) two female ministers Teresa Bellanova and Elena Bonetti were set to skip Thursday night's cabinet meeting in a sign of opposition to the so-called "lodo Conte bis" compromise solution to a wrangle about a statute of limitations reform. The other three parties support the government back the compromise.
Bellanova is the farm minister and Bonetti the minister for equal opportunities and the family.
Earlier on Thursday Conte called on IV to give "clarification" about its stance, saying it was "surreal, paradoxical" that the party was conducting "aggressive and somewhat rude opposition" while being within the government.
He also said he would consider the absence of the IV ministers to be unjustifiable. But Renzi's hit back, saying the "lodo Conte bis" was a mess and arguing the premier was not a school principle who could decide whether an absence was justified.