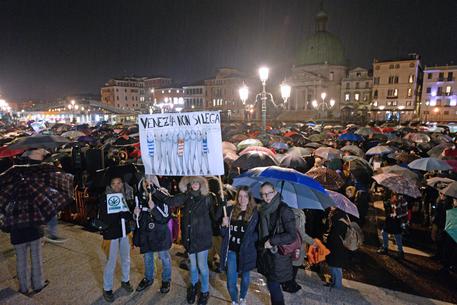 (ANSA) - Bologna, January 17 - A spokesman for the 'Sardines', a grassroots movement that has sprung up around Italy in opposition to populist, anti-migrant policies such as those proposed by former interior minister and League party leader Matteo Salvini, said Friday that the group will hold a national meeting on March 8.
Spokesman Mattia Santori told a press conference in Bologna that the meeting was being held in order "not to waste the legacy of the last few months" and plan the movement's future. "We won't become a party," said Santori, while admitting that there are differences within the movement about the future direction.
"Personally, I think we are interested in dialogue with the political world at the moment, (but) not as a party". The Sardines sprang up in Bologna in mid-November as a spontaneous response to Salvini's vow to "free" the Emilia-Romagna region of the centre-left politicians who have governed it for decades, in regional elections this month.
Sardine rallies have since taken place across the length and breadth of Italy.