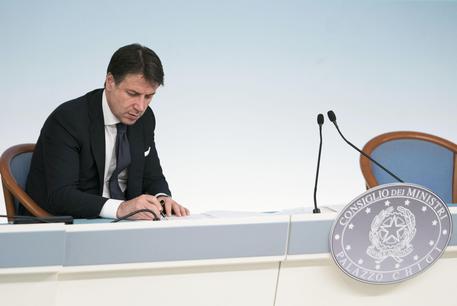 (ANSA) - Rome, December 6 - The parties backing Premier Giuseppe Conte's coalition government were engaged in fresh clashes on Friday over the 2020 budget bill.
Former premier Matteo Renzi's centrist Italia Viva (IV) is demanding plans for new taxes on plastics and sugar be dropped, saying they will harm Italian business and lead to job losses.
"The plastic tax is crazy and the same is true of the sugar tax," Renzi told Mediaset television. Renzi has said that there is a 50% likelihood of a political crisis that would lead to the government collapsing and early elections.
The centre-right alliance, led by League leader Matteo Salvini, would be favourite to win eventual early elections given how the parties are standing in the opinion polls. "I don't want to have elections but we will if we are forced," Renzi said on Friday. Sources with the centre-left Democratic Party (PD) on Friday accused IV of "preferring multinationals to workers" with its position on the new taxes.
The coalition is having talks on the budget on Friday.
Economy Minister Roberto Gualtieri is said to have presented options to find 400-500 million euros in new budget coverage.
The PD is said to have opposed IV's proposal to use all of that money to scrap the plastic and sugar taxes. Conte told the parties supporting his government, which also include the 5-Star Movement (M5S) and the leftwing LeU group, that "what counts is lowering taxes in a significant way", sources said.
"A further effort is needed to go in this direction".