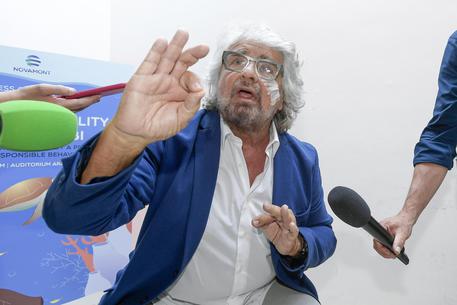 (ANSA) - Rome, October 10 - Co-founder Beppe Grillo, the stand-up comedian turned politician, will close the annual rally of the anti-establishment 5-Star Movement (M5S) in Naples on Sunday, M5S sources said Thursday.
Grillo's presence at the two-day rally had been in doubt.
M5S political leader Luigi Di Maio, the foreign minister, will lead a delegation of M5S ministers at the event.
Among the guests will be economist Gunter Pauli, among the creators of the 'blue economy', the M5S blog said.
Paul and other M5S exponents will speak to an event called I am the future, the blog said.
Grillo founded the M5S 10 years ago with late co-founder Gianroberto Casaleggio, a tech guru and political thinker.
Casaleggio's son Davide will again be among the keynote speakers at the 12-13 October rally at Naples Arena Flegrea.
The M5S recently formed a government with the centre-left Democratic Party (PD) after League leader Matteo Salvini in July pulled the plug on the 14-month M5S-League government.