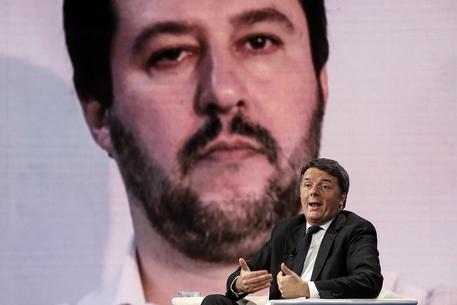 (ANSA) - Rome, September 19 - Ex-premier Matteo Renzi said Thursday that League leader Matteo Salvini has agreed to take him on in a televised debate next month. "I am pleased that Salvini has accepted my proposal for a debate," Renzi, who this week quit the centre-left Democratic Party (PD) to form his own group, Italia Viva (Italy Alive), said in his e-news newsletter.
"Finally we will confront each other, on RAI1, between October 15 and 17".
Before leaving the PD, Renzi was instrumental in the party forming a pact with the 5-Star Movement (M5S) for a second government under Premier Giuseppe Conte after former interior minister Salvini pulled the plug on the first Conte executive last month.
Renzi, a former PD leader, has said his new group will continue to support the government.
Italia Viva currently has close to 40 lawmakers in the Senate and Lower House.