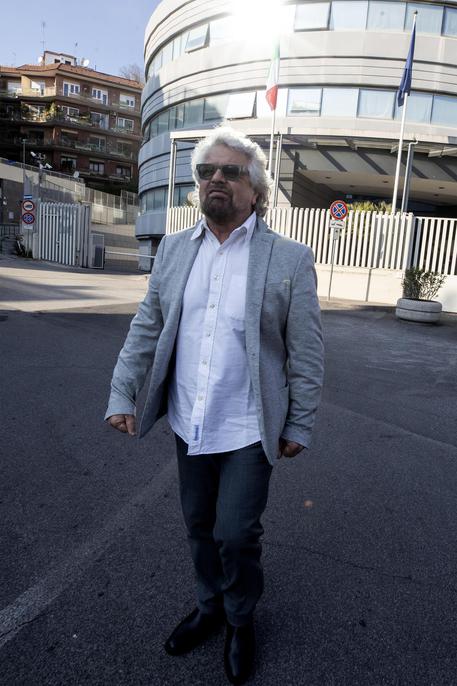 (ANSA) - Rome, May 16 - 5-Star Movement (M5S) founder Beppe Grillo said Thursday he would like to "kick" League leader and Interior Minister Matteo Salvini back into the interior ministry after the rightist populist leader was accused of absenteeism while flitting about Italy on police aircraft.
"I rate Salvini's ideas on the same level as dialogue in a spaghetti western," said Grillo, a stand-up comic who co-founded the M5S ten years ago with the late tech whizz Gianroberto Casaleggio.
"I'd kick him and send him back to do his work at the interior ministry," said the founder of the M5S, a populist anti-establishment party which governs in partnership with the League.
"But we're in government, we must be more cautious," Grillo said in an interview to be published by Corriere della sera newspaper's 7 supplement Friday.
Salvini replied by saying that "the insults of (M5S political leader Luigi) Di Maio and Grillo are not useful".
"The League wants to continue to work, if the 5 Stars want to continue to quarrel or have nostalgia for deals with the Left let them say so clearly.
"If Di Maio and Grillo are thinking of going ahead insulting me and the League and Italy every day I don't think it's a useful thing".
Di Maio has slammed Salvini for sparking a surge in the bond spread by saying Italy will break the 3% EU budget deficit limit next year.
Di Maio went on to say "Salvini shouldn't take it so hard, Griullo was only joking" - to which Salvini shot back "Grillo makes people laugh while I'm doing a minister's job".