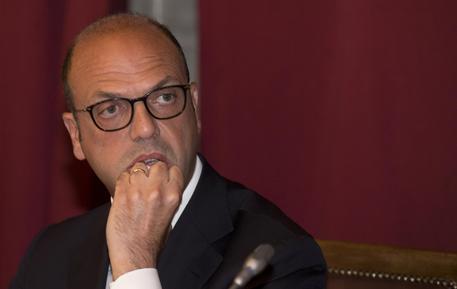 (ANSA) - Rome, May 25 - Foreign Minister Angelino Alfano said Thursday that Italy is not against increasing its share of funding to NATO if other members do as well, but that "we need to make a proper assessment first". In an interview with Radio Capital, Alfano said that the Italian defense ministry should be involved and that tasks undertaken by members should be taken into account. The comments came after the current US administration in recent days called for other members of the alliance to increase their contributions. Alfano conceded that the US "contributes a great deal of money", but stressed that "our operations in the Mediterranean have something to do with defense tasks, do they not?".
Premier Paolo Gentiloni had told a NATO summit earlier in the day that "we support the sharing of spending" and that "Italy remains committed to the implementation of the Defense Investment Pledge (to raise contributions to 2% of GDP by 2024)". He had added that "we are the fifth-biggest contributor to the NATO budget and the second-biggest in the two main operations in Afghanistan, with almost 1,000 soldiers, and Kosovo, with over 500 soldiers, and other operations".