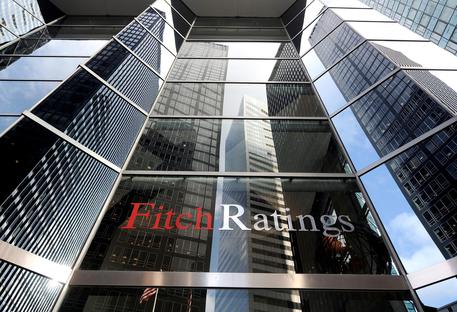 (ANSA) - Rome, April 25 - The Fitch ratings agency said Friday that it has raised Italy's outlook from negative to stable, while keeping its sovereign credit rating at BBB+. The agency cited the recent fall in Italy borrowing costs and the programme of structural reform programme Premier Matteo Renzi is pursuing. Renzi, who unseated his colleague in the centre-left Democratic Party (PD) Enrico Letta to become Italy's youngest premier at 39 in February, has presented a package of 10 billion euros in tax cuts for low earners.
This is part of efforts to boost the recovery - which is weak after Italy emerged from its longest postwar recession last year - while remaining within the European Union's allowed deficit-to-GDP ratio of 3%.
Renzi has also embarked reforms to simplify the labour market to encourage firms to hire, with unemployment at a record level of 13% and over four in 10 under-25s jobless.
He also plans to overhaul the tax system and slash red tape, while pushing through institutional reforms to make Italy cheaper and easier to government. "The new government of Matteo Renzi announced a structural reform agenda with an ambitious timetable and confirmed in the 2014 Stability Programme the previous governments' commitment to the eurozone fiscal framework, in particular, keeping deficit below 3% of GDP in 2014 and maintaining the medium-term fiscal consolidation path," Fitch said.
Fitch's credit rating for Italy is one notch above that of the other two main agencies, Standard and Poor's and Moody's.