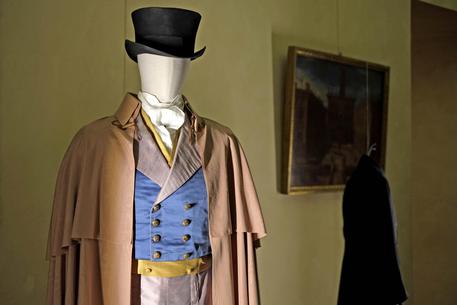 (ANSA) - Rome, January 21 - The home of great Italian actor Alberto Sordi, a villa overlooking the Circus Maximus in Rome designed by Clemente Busiri Vici, will open its doors to the public for the first time on March 7 until June 29 for a major show. A record 10,000 people have already booked a ticket to visit the show, which has been organized to celebrate the 100th anniversary of the Roman artist's birth.
Speaking at a press conference to present the exhibit, Rome Mayor Virginia Raggi said a section will be dedicated to Sordi's relationship with women and his role as benefactor. The square in front of Sordi's house will host screenings of his movies. "We have been working on this project for a year", said curator Alessandro Nicosia. "We have found incredible material", he added, thanking the mayor.
"It is an important appointment for Rome and for all of Italy", said Raggi. "Sordi always valued the great relationship with the public since his youth, when he said he went a bit hungry. Then he became the figure we all know. Delicacy was the distinctive sign of his representation of the average Roman", Raggi also noted. "This has made him almost like a family member. This show is our way to thank Alberto Sordi". Superintendent Daniela Porro said that "with the great show dedicated to Sordi, Rome celebrates one of its most beloved and greatest sons". The exhibit was promoted by the Fondazione Museo Alberto Sordi with Roma Capitale and the Lazio region, with the recognition of the culture ministry.