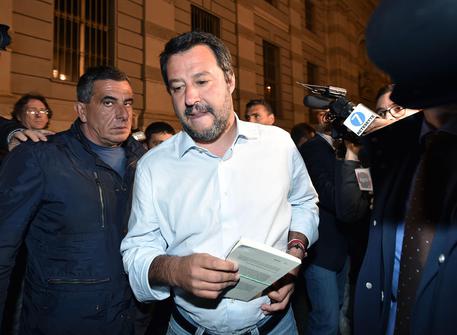 (ANSA) - Rome, April 30 - Deputy Premier and League leader Matteo Salvini announced Tuesday that his League party would start a petition this weekend to back its proposal for a bill introducing chemical castration for people convicted of sexual violence. The minister has reiterated his call for chemical castration after the gang rape of a woman near Viterbo, allegedly by activists for the far-right party CasaPound, and Tuesday's report that a man revenge-raped his former partner after she left him and sent nude photos of her to his friends. "Another rape, prison is not enough," Salvini said in a statement.
"The League will collect signatures in all of Italy's squares on Saturday and Sunday to support its bill to introduce chemical castration (in addition to prison) to treat paedophiles and rapists".