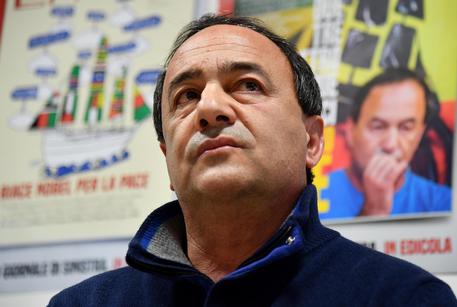 (ANSA) - Locri, April 12 - Suspended Riace Mayor Domenico 'Mimmo' Lucano looks set to face another trial regarding his administration's management of migrants in the southern town after prosecutors in Locri notified him that they have wrapped up a probe into alleged fraud and false public statements.
Lucano is under investigation with nine other people in this case.
On Thursday Lucano was indicted along with 26 other people in a separate case. The trial will start on June 11 in Locri. Last month the supreme Cassation Court ruled that Lucano's ban from returning to Riace should be annulled, saying that there was no evidence to back allegations of fraud or organizing arranged marriages. However, that decision did not wipe out charges over other alleged irregularities relating to the treatment of migrants.
Lucano's administration of the small town in the southern region of Calabria has been frequently lauded by commentators for the way migrants were integrated into the local community and made a positive contribution to it.