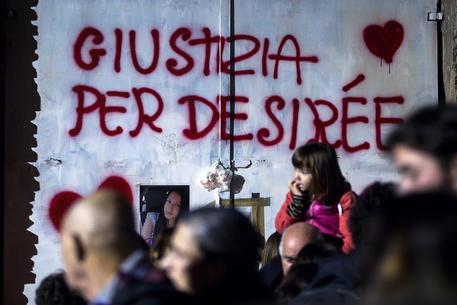 (ANSA) - Rome, October 29 - Three men accused of raping and killing 16-year-old Desiree Mariottini in Rome this month lied to her on a fatal mixture of drugs they gave her, claiming it was methadone rather than substances including tranquillizers to gang rape her, a preliminary investigations judge (GIP) has said, ruling that the suspects must remain in jail.
The men, two Senegalese and a Nigerian, are accused of voluntary homicide, group sexual violence and distributing narcotics.
Investigators, who are seeking a fourth man for the rape and murder, suspect that three or four additional people could have been present during or after the rape and did not call for help although the teen was extremely sick, according to investigative sources.
Desiree did not return home on the night of October 17 after saying she had missed the last bus home from Rome to Cisterna di Latina.
Her body was found on October 19 in the San Lorenzo district, known for its lively street scene.
The teen was raped and killed in an occupied building in San Lorenzo's Via dei Lucani, known as a "drugs supermarket" where pushers sell a wide range of drugs, investigators said.
Interior Minister Matteo Salvini has said abandoned buildings in the area will be cleared.
"We will progressively clear all occupied buildings", Salvini told private broadcaster La7 on Sunday, when asked how the government would respond to the murder.