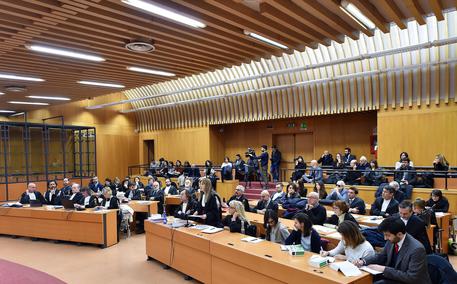 (ANSA) - Turin, April 18 - A Turin appeals court on Wednesday acquitted all the defendants in a trial over the alleged asbestos-related deaths of workers at Olivetti's Ivrea plant near the northern Italian city. The ruling reverses convictions for former Olivetti chief Carlo De Benedetti and his brother Franco, who were handed jail terms of five years, two month for manslaughter and personal injury at the first instance trial. The case regards the deaths of 12 workers, who did jobs ranging from assembling typewriters and machine maintenance to painting.
They died after their retirements between 2003 and early 2013, had been employed between the 1960s and 1990s in areas of the plant that were allegedly contaminated with asbestos fibers.
Also cleared was ex-minister Corrado Passera, who had been handed a term of one year, 11 months.
Passera served as Italy's transport and industry minister from 2011 to 2013 in the emergency technocrat government of ex-premier Mario Monti.