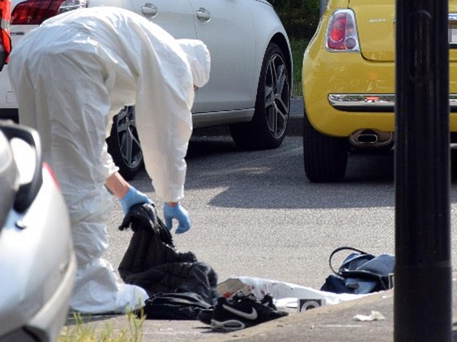 (ANSA) - Milan, May 25 - A 38-year-old man shot his 35-year-old ex-partner in the head, critically wounding her, at Segrate near Milan Thursday before shooting himself in the head but failing to kill himself instantly. The couple, who were in the process of separating, were taken to Milan hospitals in critical condition - the man to the San Raffaele, and the woman to the Policlinico.
They are both fighting for their lives.
The man, who has a criminal record, was identified as Ciro Sorrentino and his former partner as Antonietta di Nunno. The couple lived in a town south of Lodi and have four children. Eye witnesses said they saw the couple quarrelling in a car park.
They reportedly started pushing each other, and then the man drew his gun and shot his ex in the back of the head as she was turning away.
He then shot himself in the temple.
The serial number of the gun had been filed off, police said.