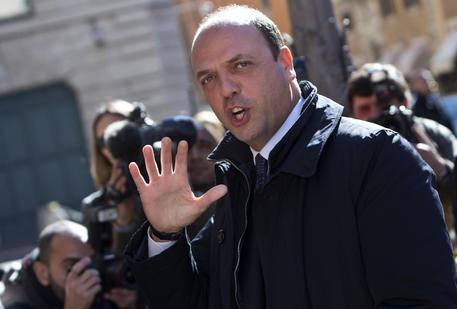 (ANSA) - Rome, March 25 - More than 51 million euros in mafia assets were seized by police in Rome in the first two months of this year, demonstrating police success at fighting organized crime, Interior Minister Angelino Alfano said Tuesday.
According to Alfano, since 2011 police have seized 1,474 properties including 256 companies, for a total value of 862 million euros from mafia groups in the capital.
He praised inter-agency cooperation on mafia investigations.
Authorities have noted that wealthy and powerful mafia organizations, including the 'Ndrangheta, the Camorra, and Sicily's Cosa Nostra have been investing heavily in Rome properties and businesses as a means of laundering proceeds of crimes.
Seizures in Rome have included, in 2008, the exclusive La Rampa restaurant near the Spanish Steps, frequented by TV and film stars; in 2009, the Dolce Vita-era Cafe' de Paris on the Via Veneto; and in November 2013 the Grand Hotel Gianicolo on the Janiculum Hill overlooking Rome from across the Tiber, a former monastery converted into a four-star hotel for the Catholic Church's Jubilee in 2000.
Smaller bars and cafés have also been seized by anti-mafia police in the capital city and earlier this month, properties, luxury vehicles and financial assets belonging to alleged 'Ndrangheta affiliates were seized including the Cafe Fiume, near Rome's central Piazza Fiume, as well as construction companies.
In 2011, 300 apartments in Rome owned by the Camorra mafia were seized.