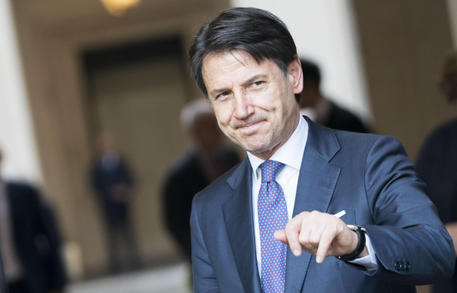 (ANSA) - Rome, January 17 - Premier Giuseppe Conte promised tax cuts that would benefit families, workers and pensions during a meeting with trade unions on Friday, sources said. "Today's appointment is devoted to how to apply cuts to the labour tax wedge and the project for an overall reform of the fiscal system, in particular (personal income-tax) IRPEF," Conte said, according to the sources. "This is fundamental in order to simplify our tax system and reduce the tax burden on families, workers and pensioners.
"We'll involve pensioners in the fiscal reform.
"The aim is to give economic security back to workers and families, making the tax system fairer". The planned cuts to the labour tax wedge, the difference between what it costs a firm to employ a worker and the salary they actually take home, will regard 16 million workers, sources said. Economy Minister Roberto Gualtieri said after the meeting that the cut to the tax wedge was "the first step".
He said there was "broad convergence" on the measure.
Gualtieri also announced a monthly bonus of up to 100 euros in workers' wage packets.
Sources said the tax wedge cut would be worth between 192 and 1,200 euros a year.
Maurizio Landini, head of Italy's largest and most leftwing union CGIL, hailed the government's moves.
"After many years, wages are finally going to rise," he said.
"This is an important day".
Annamaria Furlan, leader of the second biggest, CISL union, said "with the tax wedge cut we have seen the first positive result" of trade union lobbying on the government to change economic tack.