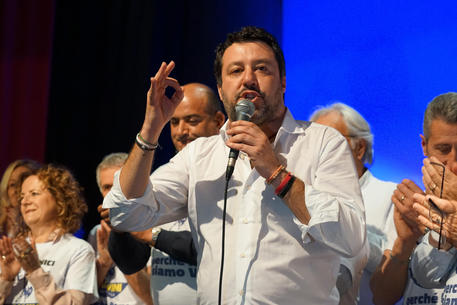 (ANSA) - Bologna, January 15 - The owner of a bar where nationalist opposition League leader called supporters for a morning coffee during his Emilia Romagna regional election campaign has said the rightist populist strongman is not welcome.
"We don't provide a stage for any type of electoral campaign," said Gabriele Gandini, owner of the establishment at Casalecchio di Reno near Bologna.
Gandini said the closure was not against Salvini in particular, but against any type of electoral activity.
Salvini is campaigning hard to try to win the traditionally leftwing region after ousting the left from another fastness, Umbria, last year.