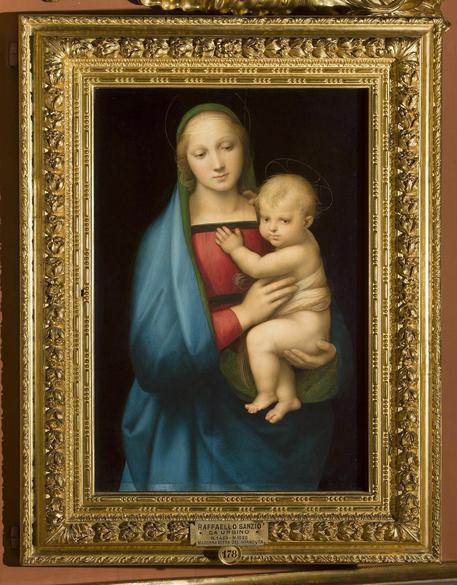 (ANSA) - Rome, December 23 - An unprecedented Rome show on Raphael will crown global celebrations marking the 500th anniversary of the death of the genius from Urbino.
The show at the Scuderie del Quirinale from March 5 until June 2 next year will be the biggest ever monographic exhibition on the Renaissance master, featuring over 200 masterpieces including paintings and sketches as well as comparison works.
The artistic superstar died on April 6, 1520 at the age of just 37.
The works in the show have never been gathered in the same place before.
About a hundred of them are by Raphael himself.
Florence's Uffizi Gallery is sending over 40 works by Raphael. Others contributing are the Louvre in Paris, London's National Gallery and the Prado in Madrid.
The exhibition will include the Madonna del Granduca and Woman with a Veil from the Uffizi; the Portrait of Baldassarre Castiglione and Self-Portrait with Friend from the Louvre and the Madonna of the Rose from the Prado.
The show, entitled simply Raphael, is the culmination of a programme approved by a committee appointed by Culture Minister Dario Franceschini and chaired by art historian Antonio Paolucci, former head of Florence's museums and the Vatican Museums.
The Scuderie del Quirinale is one of Rome's premier exhibition spaces.
It is located in the former stables of the presidential Quirinale palace.