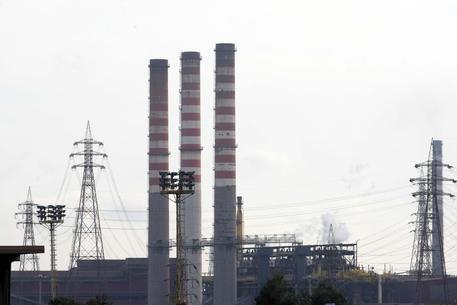 (ANSA) - Rome, December 5 - Premier Giuseppe Conte said ArcelorMittal's plans to cut 4,700 jobs in the ex-ILVA steel group was "absolutely not OK" and was very similar to an initial plan to axe 5,000 jobs in the steelmaking group that includes the huge and polluting Taranto plant.
He said, therefore, that the government, which is trying to get the Franco-Indian giant to reverse a decision to pull out of ex-ILVA, "rejects the plan".
Conte said "we reject it and we will work on the objectives we have set with Mr Mittal an which Mr Mittal has personally pledged to me to reach, and we will succeed".
Unions on Wednesday rejected a new plan by ArcelorMittal for the former ILVA steel group envisaging 4,700 lay-offs by 2023, including 2,891 immediately.
Unions called a strike on December 10.
ArcelorMittal Italia CEO Lucia Morselli said the company had had a cash outflow of one billion euros this year.
The Franco-Indian group, the world' biggest steelmaker, has been trying to get out of the former ILVA group including its polluting Taranto works, the largest steel plant in Europe.
Industry Minister Stefano Patuanelli said the government would now advance its own plan to get to an output of eight million tonnes and safeguard jobs.
He said he was "disappointed" with the "steps backward" taken by ArcelorMittal.
Patuanelli said the Italian State was "willing" to invest in the group.