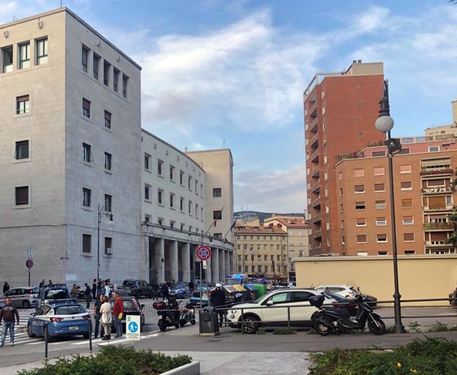 (ANSA) - Trieste, October 4 - Two police officers were shot dead in a firefight with two alleged robbers, a pair of brothers, at Trieste's central police station on Friday.
The men died of their wounds in hospital.
Both men were said to be around 30.
Three other police were injured in the shootout, along with one of the alleged robbers.
None of these four men are said to be a in a life-threatening condition.
The two brothers have been arrested, police said later.
The brothers had been taken to the station after a search for the robbers of a scooter early in the morning, police said.
One of the two stole an officer's gun after being accompanied to the toilet, and fired at them.
Both brothers tried to flee.
President Sergio Matteralla voiced sadness at the "barbaric" shootings.
Interior Minister Luciana Lamorgese headed to Trieste.
The robbers, from the Dominican Republic, were named as Alejandro Augusto Stephan Meran, 29, affected by psychiatric issues, and Carlysle Stephan Meran, 32. The younger brother was the shooter, police said.
One of the two victims was named as Pierluigi Rotta, 34, the son of a policeman, from Pozzuoli near Naples.
The other was named as Matteo De Menego.