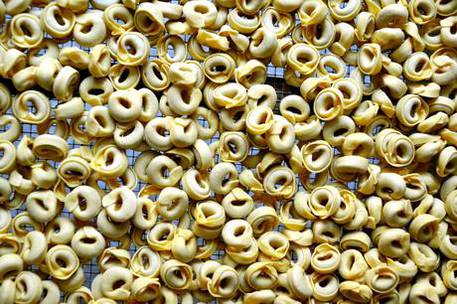 (ANSA) - Bologna, October 1 - The diocese of Bologna, which has ordered Muslim-friendly pork-free tortellini for Friday's feast of patron saint Petronius, on Tuesday said the row over the case was "unacceptable".
The diocese has replaced pork, which Muslims do not eat for religious reasons, with chicken in the famed Bolognese speciality.
The curia said "fake news" had been generated on the case and "a normal rule of welcome and respect towards guests has been interpreted as an offence against tradition".
Nationalist leaders including League chief Matteo Salvini have slammed the move saying Italy is forgetting its history and identity.
Some Catholic church officials said the case was a gift to Salvini and his anti-migrant rhetoric.
Salvini on Tuesday slammed moves to produce the pork-free tortellini, linking it to Education Minister Lorenzo Fioramonti's suggestion that crucifixes be removed from classrooms.
"I'm reading that there are those who are asking for tortellini without meat. It's like proposing wine without grapes," he said.
"Oriana Fallaci was right. The problem is some Italians forgetting their roots, denying our history, from tortellini to the crucifix." "Should I be the one defending faith and values? I'm a sinner...", Salvini said on Facebook.