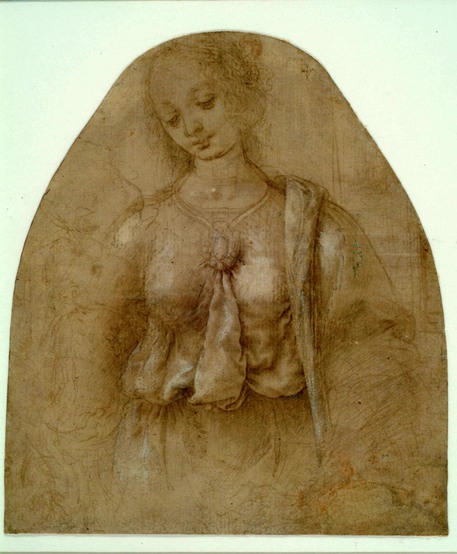 (ANSA) - Washington, September 11 - Andrea del Verrocchio, one of the greatest Renaissance artists and the master of Leonardo and Perugino, will star in the first-ever monographic exhibition in the United States, at the National Gallery of Art (NGA) in Washington. The exhibit will showcase some 50 masterworks including paintings, sculptures and drawings.
It will run from September 15 through January 12.
The show - Verrocchio: Sculptor and Painter of Renaissance Florence - has been organized in cooperation with the Fondazione Strozzi and the Museo Nazionale del Bargello in Florence, which hosted a larger version of the exhibit from March to July.
The show wraps up a season of exhibits at the NGA dedicated to Italian art with three exhibits on Tintoretto and another one on "chiaroscuro" in Renaissance Italy.
"This exhibit represents a further milestone in the collaboration with the National Gallery of Art", said Italian Ambassador to the US Armando Varricchio at the inauguration, recalling that America was named after another Florentine, explorer Amerigo Vespucci.
"A 'Renaissance man' in every way, Andrea del Verrocchio was a pioneering, versatile artist whose talents stood out for their brilliance", said Kaywin Feldman, director of the National Gallery of Art. "Verrocchio was a visionary", said Andrew Butterfield, the exhibition curator and an internationally recognized expert on the artist. "His atelier was a real laboratory of collaboration and experimentation, it was as big as the first room of this exhibit: imagine Leonardo working in corner, and Perugino and Botticelli in the others with Verrocchio at the center like an orchestra director".
Two other Renaissance greats, Michelangelo and Raphael, also studied under Verrocchio.
Many of the masterpieces on display will be visible to the American public for the first time.
They include the famous bronzes of David with the head of Goliath and the Putto with dolphin, the bust of the Woman with flowers, paintings like the Madonna and child with two angels, Tobias and the angel, as well as many of his 25 drawings - art in which he introduced the 'sfumato' technique that became a key component of Leonardo's work.
A room showcases artworks Verrocchio created with his pupils or that they made on their own, including the Madonna with child and two angels (probably painted with help from Leonardo and Perugino) and the famous Ginevra de Benci, Leonardo's sole masterpiece in the US.
The show includes a catalogue, a video (which was made thanks to the Italian embassy in the US) and a selection of photos of sculptures by the artist snapped by Clarence Kennedy.
The Italian embassy on Wednesday will host a symposium to analyze the figure of this artist who excelled as a painter, sculptor, designer and master, innovating techniques and influencing future generations.