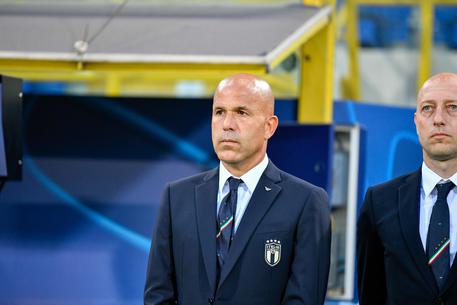 (ANSA) - Bologna, June 25 - Luigi Di Biagio on Tuesday stood down from the helm of the Italian under-21 team after its elimination from the European championships in the group stage.
"I will no longer be the coach of the under-21 team," the Roman born coach told a press conference.
"We did an excellent job, we let many lads grow, we were competitive against strong teams, many boys went to the senior team," he said.
"The result is not positive but it is not a failure for me".
Italy were eliminated after a 0-0 alleged "biscotto" or 'stitch-up' between France and Romania meant they did not go through as one of the best second-placed teams.
A 1-0 defeat to Poland proved fatal despite wins over Belgium and Spain.