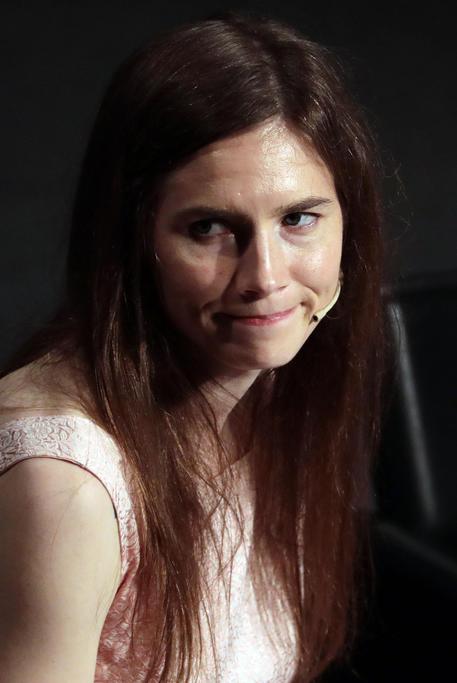 (ANSA) - Strasbourg, June 25 - Italy's guilty verdict for violating the defence rights of Amanda Knox became definitive on Tuesday, the European Court of Human Rights said.
A panel rejected Italy's plea to send the case to the ECHR's Grande Chambre.
The ECHR ruled on January 24 that Italy violated Knox's defence rights when she was questioned in November 2007 in relation to the murder in Perugia of her British flat mate Meredith Kercher.
It ordered the Italian State to pay a total of over 18,000 euros in damages and legal costs.
The court also ruled, however, that it did not have any evidence to show that Knox had been subjected to the mistreatment she had complained about.
"The Court took the view that the Italian Government had not succeeded in showing that the restriction of Ms Knox's access to a lawyer, at the police interview of 6 November 2007 at 5.45 a.m. - when there was a criminal charge against her - had not irreparably undermined the fairness of the proceedings as a whole," a statement read.
Knox said she hoped the ruling "will be the last legal affair linked to this story".
The American former exchange student in Perugia was informed of the decision by her lawyer via Skype to her home in Seattle, where she almost broke into tears at the verdict.
Lawyer Carlo della Vedova said Knox's conviction and eventual acquittal in the death of her housemate was "the biggest mistake in Italian judicial history in 50 years, also considering the media clamour aroused by the affair".
"Huge damage was done to this girl," he said.
In a long post on her website, Knox repeated that she had been questioned for 53 years without a lawyer or interpreter, and had been slapped on the head while police shouted "Remember!" at her.
She said she and former Italian boyfriend Raffaele Sollecito, who was also convicted and later cleared, had been subjected to "psychological torture and abuse".
While finding that her defence rights were violated, the ECHR found that "it did not have any evidence to show that Ms Knox had been subjected to the inhuman or degrading treatment of which she had complained".
It did not deal with Knox's complaint against a conviction for allegedly smearing an innocent man, Perugia bar manager Patrick Lumumba, for the crime.
Knox has always said her pointing the finger at Lumumba was a result of her allegedly violent and exhausting questioning by police.
Lumumba spent two weeks in jail before being released.
On November 2, 2017, 10 years after Kercher's death, Knox said she still misses her British former flatmate.
"Ten years ago tonight, my friend was raped and murdered by a burglar when she was home alone in the apartment we shared while studying abroad in Perugia, Italy," Knox wrote in a piece published by WestsideSeattle.com.
"I hate it that my memories of her are buried beneath the years of suffering Raffaele and I endured in the wake of her murder. And it's depressing to know that mourning her comes at the price of being criticized for anything I say or don't say today. But most depressing of all is that Meredith isn't here, when she deserves to be. She is painfully missed by everyone who loved her. I miss her, and I'm grateful for the memories of our time together".
The 31-year-old American was accused of murdering British exchange student Kercher together with her then boyfriend Sollecito in Perugia on November 1, 2007.
The pair were arrested five days later and convicted by a court of first instance, but this conviction was subsequently overturned.
The appeal sentence was then thrown out by the Court of Cassation, Italy's supreme court, which ordered a new trial on appeal leading to their re-conviction in 2014.
Knox and Sollecito were eventually acquitted definitively by the supreme court the following year.
An Ivorian, Rudy Guede, was convicted of the murder in a separate fast-track trial and is serving a 16-year sentence.
Knox recently returned to Italy for the first time since her 2011 acquittal and spoke about miscarriages of justice in a northern Italian conference.
Kercher's family said her appearance there had been "inappropriate".