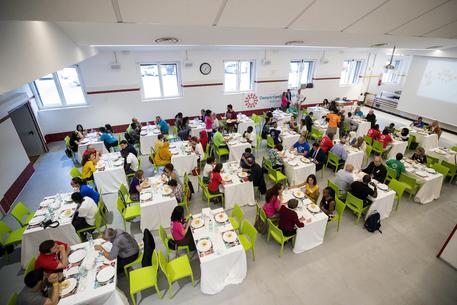 (ANSA) - Rome, June 26 - National statistics agency ISTAT said Tuesday that over five million people were living in conditions of absolute poverty in Italy in 2017. The agency said this was the highest level since the start of the statistical series in 2005.
It said 1.778 million households lived in absolute poverty last year.
It said the incidence of households in poverty was 6.9%, up from 6.3% in 2016, while the incidence of individuals in poverty was 8.4%, compared to 7.9% the previous year. ISTAT said Tuesday that 11.4% of individuals in southern Italy and 10.3% of households were living in absolute poverty in 2017, compared to 9.8% and 8.5% respectively in 2016. The agency said the situation had deteriorated above all for people living in metropolitan areas, where the incidence went up from 5.8% to 10.1%. ISTAT said that 1.208 million minors were living in absolute poverty in Italy in 2017.
The national statistics agency estimated that the poverty incidence was 12.1% last year, compared to 12.5% in 2016.
It said poverty rates grew for big families - reaching 20.9% for those with three children or more.