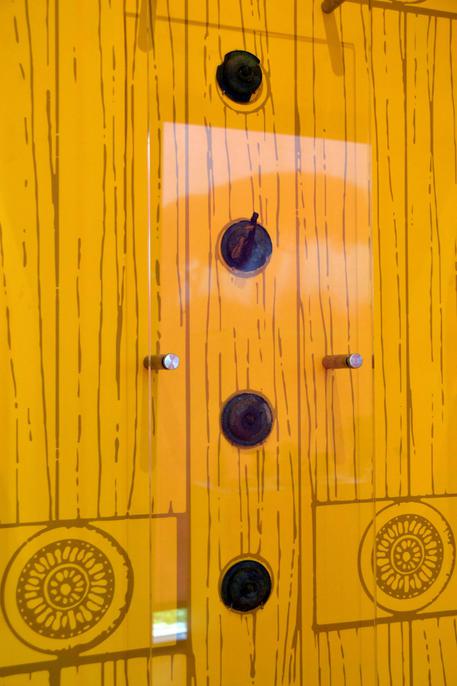 (ANSA) - Naples, May 18 - A sixth-century BC bronze relic has been stolen from a show at the Pompeii archaeological site, sources said Thursday. The piece, a door ornament, was on display at the 'Pompeii and the Greeks' exhibit at the site's Palestra Grande (large gymnasium), the sources said. The theft is thought to have taken place while the site was open to the public. Carabinieri police are investigating. Massimo Osanna, the director general of the Pompeii archaeological site, expressed dismay. "In addition to being a gesture that injures Pompeii and Italy's cultural heritage, even though it is not a priceless piece, it hits me on a personal level and it was an area where I had conducted the excavation myself," he said. The piece, which has a diameter of 7.3 centimetres, was one of four applied to a reproduction of an ancient door. It was on loan from the southern city of Potenza's Dinu Adamesteanu museum and its value for insurance purposes is 300 euros. Osanna said "the stud, like the other three, was screwed into the panel on show and covered by a transparent layer of protection, such that the removal of the piece must have required enough time to elude security controls" by the guards on duty. He said the building "is guarded during the day by ALES security firm personnel and at night covered by video-surveillance equipment, as well as being fitted with a system of alarms".
The director of the Basilicata Regional Museum Hub, Marta Ragozzino, voiced "solidarity to my friend and colleague Massimo Osanna".
"Above and beyond its extraordinary Lucanian context, which Osanna himself investigated and which the show on Pompeii and the Greeks has finally unveiled to the public, the stolen relic has modest value," she said.
"But a gesture of this kind leaves us incredulous and pained, a gesture that attacks and wounds the cultural heritage that belongs to the community and, when brought to Pompeii, the whole world".