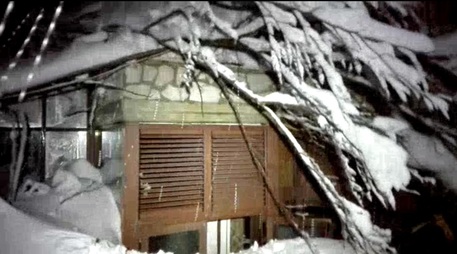 (ANSA) - Pescara, January 19 - A 38-year-old man who survived the Hotel Rigopiano disaster has told doctors that his wife and two children are still under the snow and rubble, sources said Thursday. "I'm alive because I went to get something from the car," Giampiero Parete told intensive-care doctors, sources said. "The avalanche came down and I was buried in snow, but I managed to get out. The car was not buried so I waited there for the rescuers to come". Parete raised the alarm about the avalanche through his employers. The man, from Montesilvano near Pescara, is conscious and being helped by ER doctors and psychologists at Pescara hospital. He arrived in a state of hypothermia but is not in danger, medical sources said. One of his friends, Quintino Marcella, told the media the family was ready to leave the hotel, standing in the lobby after paying, when the avalanche struck.